Government K-8 schools in California recently became the first in America to start demanding pro-homosexual and transgender propaganda in history textbooks, sparking celebrations among those who would indoctrinate children. In fact, history textbooks that refuse to push the party line on the so-called LGBT agenda will be banned from government schools in the state.

The decision to ban books that do not dishonestly celebrate homosexuality and alleged homosexuals, taken this month, was made pursuant to the 2011 “Fair Education Act.” The scheme mandates that history and social studies curricula promote the “accomplishments” of LGBT types, even if claims that a historical person was a homosexual are disputed or outright bogus.

“This long fought victory is the next step for California students to learn about the contributions and history of LGBTQ people,” Rick Zbur, executive director of the pro-LGBT group “Equality California,” was quoted as saying. “Equality California applauds the State Board of Education for this historic decision.”

Textbook publishers that refused to identify individuals whom LGBT activists claim were homosexuals were banned. Among them was Houghton Mifflin Harcourt. The company agreed to some of the LGBT movement's demands, and even claimed, falsely, that homosexuals are “central to both United States history and culture.”

But the globalist publisher refused to identify poet Langston Hughes as a homosexual, saying there was not enough evidence. And apparently, for the militant LGBT movement, that means children may not read those books at school.

The Advocate, a rabidly pro-homosexuality publication, illustrated its story celebrating the new California “education” regime with a picture of pederast Harvey Milk. The first open homosexual to be elected to public office in a major American city, Milk won an election in San Francisco in 1977 and was eventually murdered by a fellow Democrat. He is also one of the few historical LGBT figures that the LGBT movement can claim as its own. 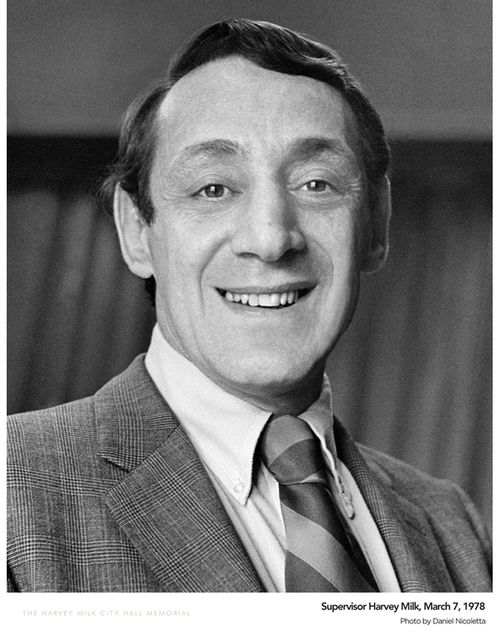 Among other abominations, Milk, who was close to mass-murdering cult leader Jim Jones, was famous for raping vulnerable and underage boys. At least two of Milk's young male victims went on to commit suicide. For reasons that remain unclear, Obama eventually awarded the once-prestigious Presidential Medal of Freedom to the pederast, and even named a Navy ship after him. Now all California children will learn to sing his praises.

Of course, none of this is happening in a vacuum. In fact, it is part of a coordinated assault on family, traditional values, religion, liberty, and truth being waged worldwide that is supported by some of the most powerful people on the planet. Less than a year ago, the United Nations Educational, Scientific and Cultural Organization (UNESCO) even released a report demanding LGBT propaganda in school textbooks, worldwide.

The UNESCO report complains that many textbooks around the world do not sufficiently promote homosexuality, lesbianism, bisexuality, gender confusion, homosexual parenting, and more. “While textbooks call for tolerance of diversity, sexual diversity is repeatedly excluded,” the report says, with “sexual diversity” a code word for various forms of perversion that the UN seeks to normalize. Unsurprisingly, the Swedish government is praised by the radical UN agency for its rabid promotion of homosexuality and homosexual parenting in school textbooks.

Critics, though, have urged parents to protect their children from the madness. “It is an outrage that Governor Jerry Brown has opened the classroom door for homosexual activists to indoctrinate the minds of California's youth, since no factual materials would be allowed to be presented,” said Rev. Louis Sheldon, chairman and founder of the Traditional Values Coalition that represents over 40,000 U.S. churches. “If parents don't already have their children out of public schools, this should cause them to remove them.”

While California is the first state to demand LGBT indoctrination in history classes, at this rate, it will almost certainly will not be the last. Speaking of brainwashing children to accept the LGBT agenda, UN leaders have openly declared, “the younger the better.” UNESCO has released global guidelines demanding the sexualization of 4- and 5-year-old children. And it is only going to get worse.
Posted in The Newman Report

Pelosi, the Pope, and Progressive Politics
Hillary Releases State Of Terror, Also A Book
Freak Out As Conservatives Exit Public Schools, Abandon Reform
Thou Shalt Not Have Christmas With Family?
Joe Crashes In The DEMolition Derby