Under the guise of doing “scholarship,” a professor at the University of Texas at Austin is using his platform and the public's money to produce supposed “research” advocating the legalization of child rape. Yes, really. Pedophiles and perverts are loving it. But even liberals are mad.

Among other ideas, Classics Professor Thomas K. Hubbard has called for lowering age-of-consent laws that protect children from sexual predators and child rapists. He has also blasted “contemporary American legislation” banning child rape as something based on “outmoded gender constructions and ideological preoccupations.” 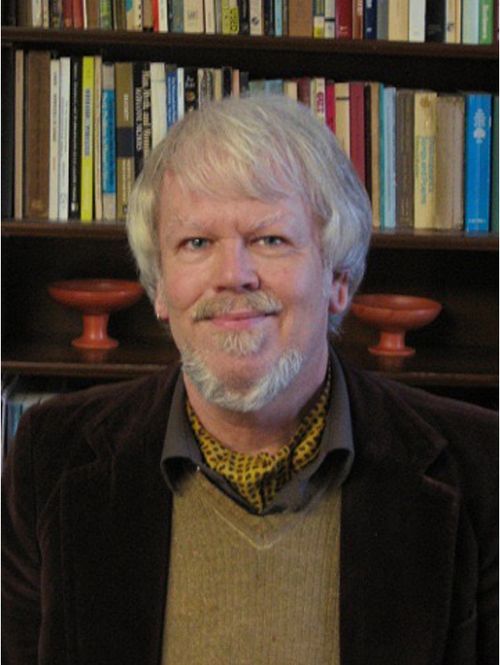 In short, Hubbard thinks children — who cannot be trusted to smoke, drink, vote, buy guns, and so on — should be allowed to “consent” to having “sexual relations” with adults. Plus, he argues, some degenerate European nations allow adults to have sex with children, so why shouldn't the United States?

The scandal comes amid a concerted effort in education and entertainment to normalize pedophilia — one of the final moral taboos involving sexuality still standing in America. As The Newman Report exposed last year, schools in California were caught normalizing child rape as a “sexual orientation” under the guise of teaching "LGBT" history.

When asked by a concerned parent why the schools were teaching pedophilia and child rape to children, Assistant Superintendent of Curricula Kerrie Torres with the Brea Olinda School District did not mince words. “This is done because we are talking about historical perspectives of how gender relations and different types of sexual orientations have existed in history,” she said, on video — as if child rape were just a “sexual orientation.”

Some of Professor Hubbard's so-called scholarship hits on the same theme as the curriculum that was being used in California. In a paper published in the journal Thymos headlined “Sexual Consent and the Adolescent Male, or What Can We Learn From the Greeks,” Hubbard pointed to Ancient Greek pederasty — relationships between men and pubescent boys — as a beneficial example for modern America.

Ancient Greece showed that “where age-discrepant relationships are commonplace and positively reinforced, they cause little or no long-term harm to the younger partner and often confer great benefit,” Hubbard claimed. Yes — the benefits of child rape! Brought to you at taxpayer expense.

As if that were not enough, Hubbard went on to claim that boys without fathers would especially benefit from having sex with grown men. “Pederastic intimacy evolved in part as a social mechanism for addressing it,” he argued, adding that “contemporary U.S. culture has not compensated for the magnitude of the problem.”

In an e-mail to The College Fix, he argued that 14-year-old boys should be allowed to “consent” to having sex with adults, and that this was hardly “radical.” The North American Man/Boy Love Association (NAMBLA), an organization that promotes pedophilia and pederasty, has pushed similar arguments.

Even many liberals are outraged, though. Establishment media outlets such as the Dallas Morning News — hardly a bastion of hard-core conservatism — blasted Hubbard's “slovenly” scholarship and “grotesque” conclusions. The paper's editorial board also argued that taxpayers should not be forced to fund this sort of “research.”

And students at the University of Texas — again, not exactly known for its conservatism — have been protesting against him and his “research,” too. Protesters have even showed up at Hubbard's house to bang on the door and demand that the “pedophile” come outside while lambasting the police for protecting him.

Hubbard, though, is hardly the first tax-funded “researcher” at a tax-funded university to promote the rape of children. As The Newman Report highlighted in late 2019, Alfred Kinsey at Indiana University — the father of “sex education” and the sexual revolution — was responsible for the rape and sexual torture of thousands of children and even babies. All of it was done under the guise of “sex research.” Today, the tax-funded Kinsey Institute continues to promote this wickedness.

American universities, engorged to obesity on a diet of endless taxpayer dollars, have become centers of perversion, idiocy, and absolute insanity. It is time for legislators to be good stewards of their hard-working constituents' money by making sure it never funds this sort of lunacy. And it is time for parents and young Americans to be much more diligent in considering what college — if any — to choose.
Posted in The Newman Report